During our journey as a species on God’s green earth, we have achieved much. Rising from the caves and savannahs to create philosophy, culture, art and everything else that makes us distinct from the other inhabitants of planet Earth, for good or for bad. Of course for various well-known and understandable reasons, each brand of the tree of humanity has given birth to a more or less unique civilization, each with its own peculiarities and traits.

Of course our ancestors didn’t only travel, explore, trade or hunt. They also had some “downtime to unwind”, whether that was around a campfire or aboard a vessel somewhere on the surface of the deep blue sea, “activities” came to kill boredom and fill up different needs. Thus people created games. Regardless of the background or the origins of each one of them, games are nothing else but a process, conducted under a certain set of rules with a precise goal to be the endgame.

But games themselves are not only a process, they are also the product of one. Games are born, when a mindset influenced by its surrounding material situation, formulates the boundaries within which, mind and/or body will build up the abilities, to attain whatever has been set as the desirable target.

Often though we underestimate the very term “game” by merely associating it with “kids’ play” or a sport of some kind. We fail to understand how by analyzing a game, we can come to conclusions and retain data about the civilization that had been its birthplace. We do not grasp how by studying a region’s traditional games, we can gain new insights on how historical events have taken place. The same minds that continue to play a game established centuries ago, will carry similarities to their way of thinking with the people and society that established that very game.

If for instance we think of the Northern America wider area, and whoever aspires to the Western civilization deriving from that region, we can easily think of the card game Texas Hold’em Poker. In that particular game we have participants, which are dealt cards. The best combination of these cards, with other common cards on the center of the table, visible to and accessible by all, gives to the winner the material gains bided throughout the various phases of the game. The passing from each phase of the game to the next, involves decision making about raising the stakes, withdrawing from the game or luring the opponents to make wrong choices and misplays. If anyone is interested to study the historical events during Reagan’s administration of the United Stated, can easily identify the Strategic Defense Initiative (SDI) that was first announced on the 23d of March 1983 as nothing more than a big Texas Hold’em poker move. The proposed plan, that later was nicknamed “Star Wars”, is considered by researchers, to have been perceived by the Soviet Union, as nothing less than a re-ignition of the arms race and thus contributed in the worsening of Soviet economy (among other reasons of course).  What else was that but a “raise” in the pot by the US, where the SU had to either “check” (-as it did-) or to “fold”? The mentality of a game was transferred to world-scale politics and the implications are obvious.

So what can one say about Texas Hold’em Poker that the worldview it represents? In that game, it doesn’t matter with what you start in life, but what you are going to do with the hand that you’ve been dealt with. It can also be suggested, that since all bid but finally only one collects the rewards, we get a clear view of the antagonistic mindset in the heart of a “dog eat dog” world. To be the sole winner, one needs to “bid”, “raise”, “counter-raise”, “bluff” and have a “poker-face”.

On the other side of the planet, the venerable and millennia old Chinese civilization has created a board game named “GO”. In that game, what the two players try to do, is to amass territory and capture opponent pieces. In the end of the duel, territory and pieces are translated in a sum of points. This is carried out by placing ones pieces in such a way, that it denies the opponents expansion by leaving no “breathing space”. Essential to the game is the concept of “dead eyes”. Practically this represents territory that one player cannot “lock” for himself and thus is lost to the opponent, in the same way that a battlement has been cut off by any means of reinforcements or allied supplies and it will surely have to capitulate in the future. One can think of it as a subtle dance, of two opposing sides that wage a silent war, where the goal is engulfment without a single shot being fired. The mindset cannot but bring in mind Sun Tzu and his writings all the way from the 5th century BC.

“…What does it matter, how the Chinese have been playing their board-games…” one may ask. This question can be easily addressed, if one only pays attention in the economic expanse of today’s China and how this is carried out as a State policy. The acquiring of ports and the investment on infrastructure mega projects, like that of the “Belt and Road Initiative” (BRI), that is expected to span from China to London, can be seen as a direct materialized analogy of the “GO” mindset. By gaining the upper hand in commodities production and delivery on a world wide scale, followed by the subsequent purchase or construction of highways, accomplishes exactly what “GO” targets. Expansion of power and privileges while avoiding any armed conflict, at least as much as this is plausible. Again we see the continuation of a similar mindset as that of the originators of a game, to be implemented in today’s choices, policies and decisions. A historian would rush to point out that in the past, the forefathers of today’s western super power, the “immortal” British Empire and their mindset, had brought havoc to 19th century China during the Opium Wars. But that is another matter entirely, after all historians often disagree these days on interpretation. After all, how is one expected to keep making a leaving out of thing already past?

Of course the influence of a mindset in a game and the everyday routine of its parental civilization, can be traced and examined, even if we are not talking about a current super state with traces of an expansionistic heritage. In the Modern Greek culture, one can still today find the prominent place that is held by the game called “tavli”. The origins of this game have been traced back to the days of Eastern Roman Emperor Zeno during the 5th century AD. Now “tavli” by itself, is just another offspring of various older backgammon variants, which can be found in Ancient Egypt or as far back in time as Mesopotamia. None the less, in its current form, it is considered an integral part of the everyday life of simple common Greeks wherever one may find them, throughout the globe. The game can be played in any of its variations, but all of them have some common themes and mechanisms. In “tavli” each player starts with his own pieces at hand. The number of pieces and there position on board (-or lack of it-) is a preset. The goal of the game is to take all of your pieces and get them safely to the other side of the board. You only capture the opponent’s pieces as a “necessary evil” and as a part of the process, the endgame is to make it through. The mindset of the game is in very close in proximity to the way, we Orthodox Christians see life. We pass through it, it has a beginning and an end but it is not by itself the beginning or the end. It is a process in which the goal is not to lose, what has been ours since the beginning. We deal with the necessities of life, like everyday ordeals but at the same moment we try not to let the hardships of “this world” derail us from our path towards eternity.

Furthermore, if we want to delve more in mindsets and compare them, in Texas Hold’em, luck is considered a factor only in the very start, when the initial hand of cards is dealt. After that phase it is all about the player’s skill. In “GO” there is no luck factor at all. In complete contrast to those games, in “tavli” during each player’s turn, dice are thrown that indicate the limits one has, on how far any of his pieces can be moved during that turn. Of course that can be interpreted as luck, if one believes in such a thing as “luck”, or simply to be taken as a factor indicating the unpredictability of our surroundings and our inability to control every aspect that might hinder or delay our course. If one accepts and understands that in the end, there will be situations in which ones skills will not be enough, regardless of ones abilities and prospects, then and only then one can let his fears wither away. Only if we understand that there will be limits to our “conquests”, whether on interpersonal level or State level, only then we will be able to avoid the deification of our own ego or personal vision. The various traits of “tavli” are intertwined with the mindset that has been cultivated in the geographical region where the game has been played for centuries. And it is exactly that very worldview, which makes us Greeks so peculiar to the eyes of our friends and so despised to the minds of our possible foes.

So next time you hear of a traditional game, I suggest you pay closer attention, to the needs this game had to medicate, the historical details that molded it, the benefits the participants get out of playing it, but more importantly to the future it predicts by the past it carries.

*Bastas Dionysios is a Graduate of Theology from the Department of Social Theology of National University of Athens. For more info on bio you can check the following links: 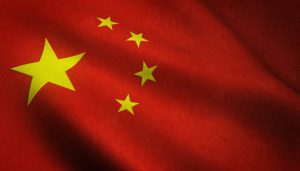